END_OF_DOCUMENT_TOKEN_TO_BE_REPLACED

Save on the Energy Bill or Save on Your Health Bill? 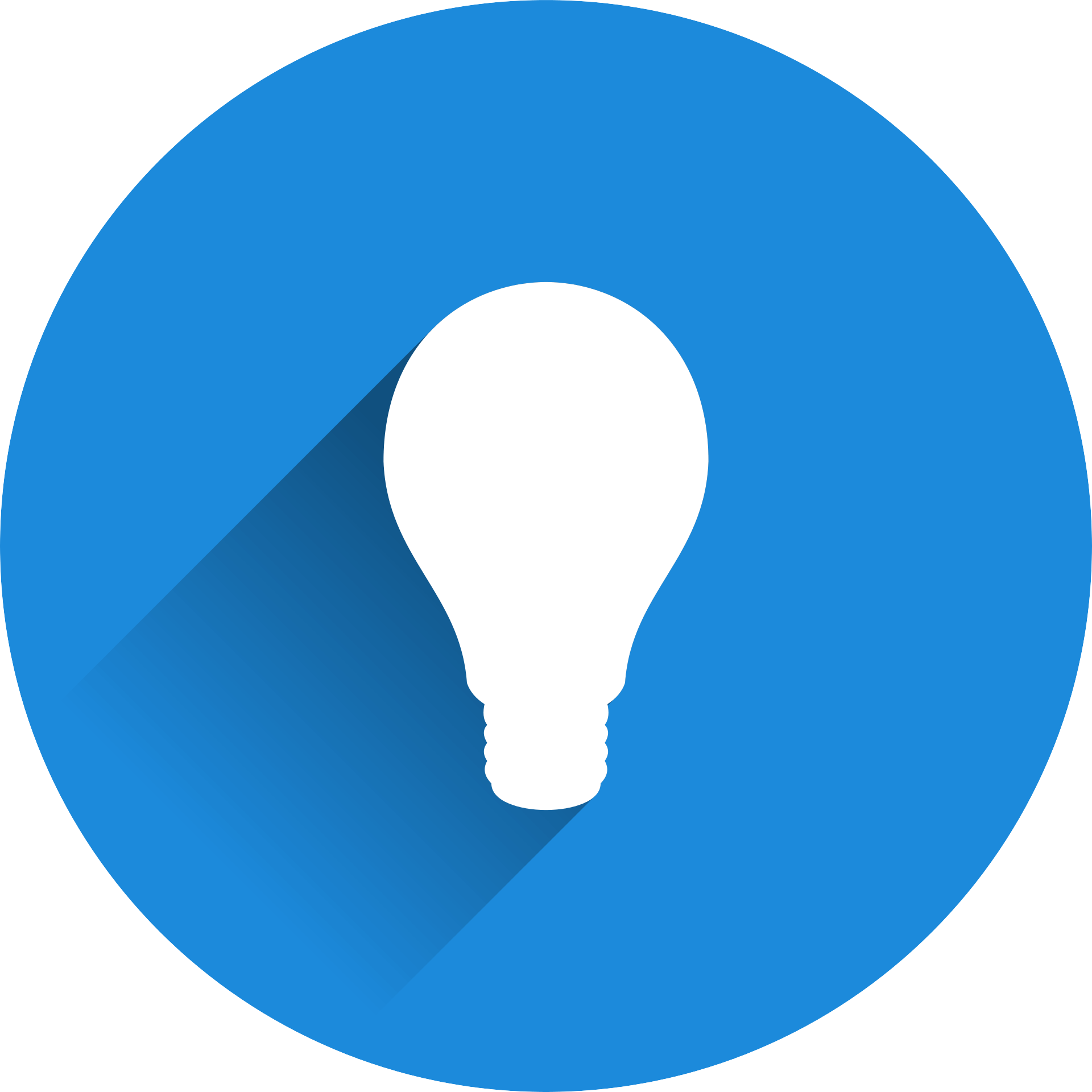 New homes, schools, office buildings, and more are being built as airtight as possible in an effort to save on energy, and to be able to better control the indoor environment.

But if the indoor environment isn’t properly controlled, contaminants such as formaldehyde, nitrogen dioxide, carbon monoxide (CO), and radon can build up and circulate throughout the house.

In the tristate area July is the hottest month of the year. Averaging at 85°F, air conditioning units are working their hardest.

Small particles like dirt, animal dander, tobacco smoke, dust, pollen, bacteria and more are constantly circulating throughout the A/C unit and hopefully getting caught in the filter. But the more particles captured, the more chances the filter has of getting clogged.

This creates an unhealthy indoor air quality by reducing the airflow throughout your building. The HVAC system is forced to work harder to maintain the same temperature throughout the building and that means something bad for the energy bill –

A/C units also have various cooling parts inside that can be affected by clogging particles.

One crucial task is to frequently replace air filters. Don’t let make it work twice as hard because it’s going to call it quits.

For areas in which the filters get dirty quicker than normal, one may want to consider adding an air purification system to the problem areas, whether it’s a small portable air purifier like Airfree or a whole-house system like those from Aprilaire.

By Jocelyne Melton | HVAC | No Comments

SHOW A LITTLE LOVE FOR THE HVAC TECHS!

In 2016, National HVAC Tech Day was created by ARS/Rescue Rooter to show appreciation for all HVAC technicians in the industry.

A lot of their work takes place outside so the office environment of a HVAC tech is whatever the weather wants it to be. Extreme heat to rain to cold.

Though it’s not much better if they get to go indoors- From crawl spaces to attics, they may be crawling over debris, dead pests, and mold.

They stay up to date on the newest HVAC technologies and provide regular maintenance to save you from a horrible electric bill. Maintaining efficient HVAC systems help reduce your carbon footprint!

Does your home have hot or cold spots?

Does your building fail specifications for duct tightness?

These are signs of an air leak in your HVAC duct work. ASHRAE (American Society of Heating, Refrigerating and Air-Conditioning Engineers) says that 75% of all ducts in commercial buildings leak 10-25%. That’s 200-700% higher than ASHRAE’s recommended standard of 3%. Leaks in the return duct spread contaminants throughout the rest of your home or your facility. Leaks in a facility’s ventilation shaft reduces the efficiency of exhaust fans.

Duct Sealing improves indoor air quality from the inside out, repairing leaks with a non-toxic sealant. 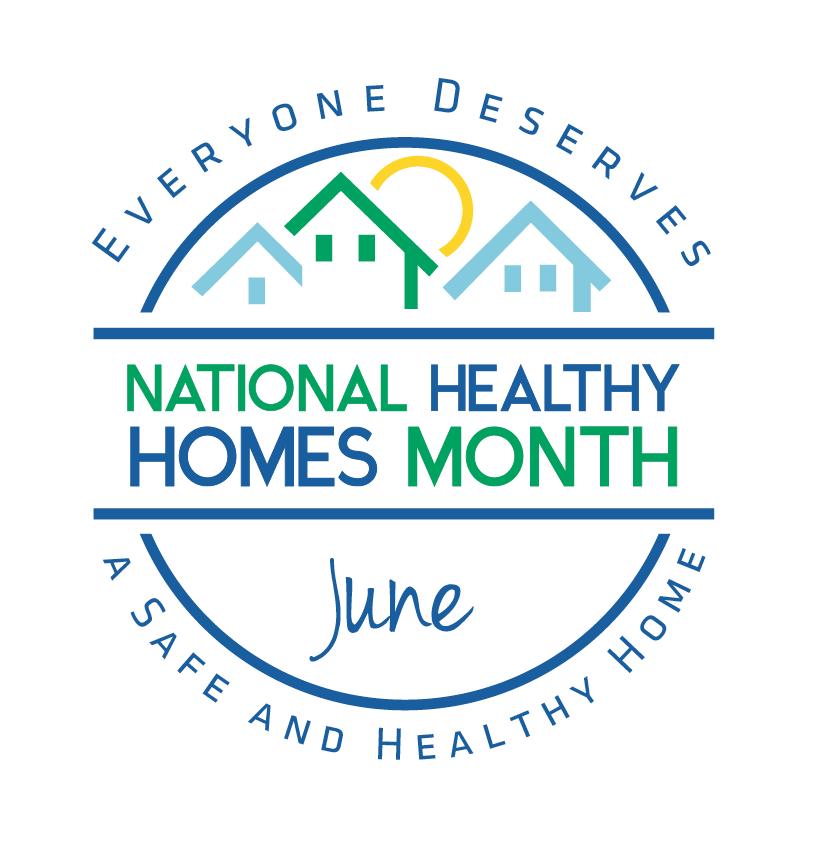 Indoor Air Quality has been identified by the Environmental Protection Agency (EPA) as one of the five most urgent environmental risks to public health. HVACR manufacturers, distributors, and contractors are installing more indoor environmental products noticing that IAQ plays a large role in employee health and performance.

People spend most of their time indoors; National Healthy Homes Month offers concepts and tips for keeping those inside spaces healthy and safe.

The theme for this National Healthy Homes Month is Everyone Deserves a Safe and Healthy Home. Each week in June; NHHM will focus on the “Principals of Healthy Homes” with associated set of activities:

A series of webinars will also be happening throughout the month.

For resources and activities updates, visit the Office of Lead Hazard Control and Healthy Homes. 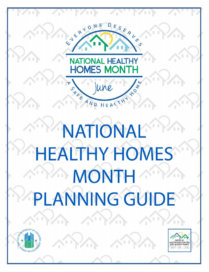 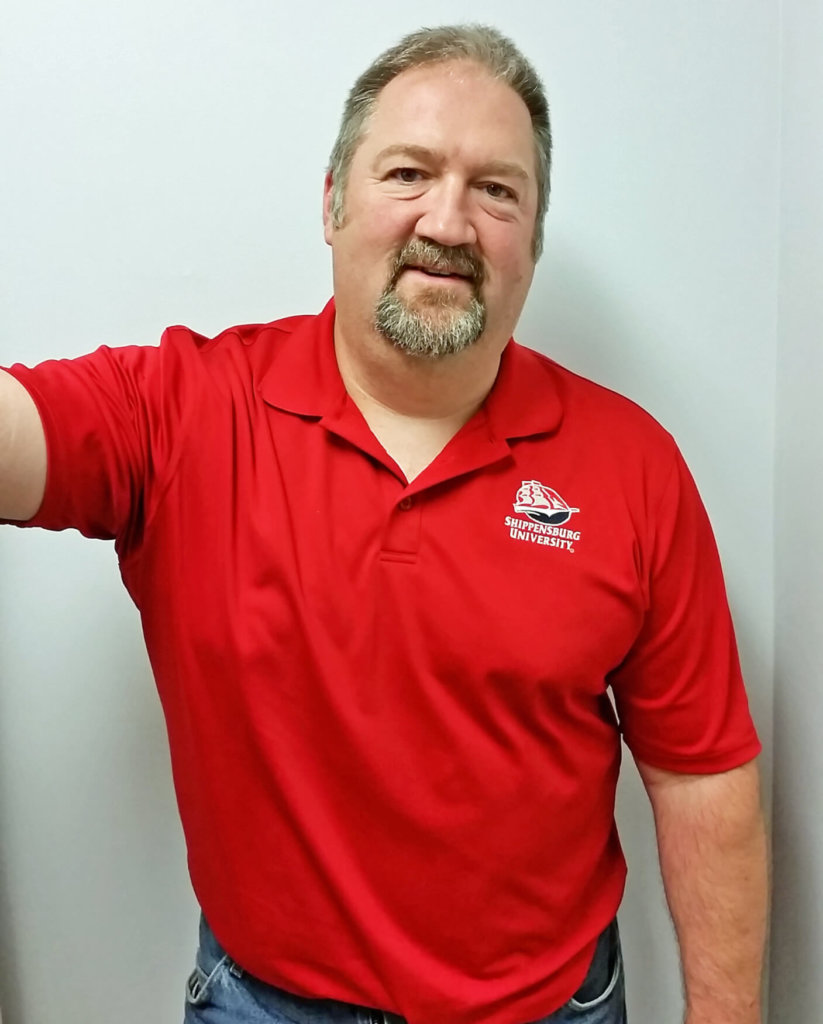 Jason is here to help with all your indoor environmental quality needs. He’ll work with you to identify the problem and provide the proper remediation resources. 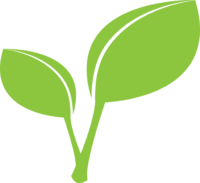 No one thinks about this certain source of indoor air pollutants because it is the exact opposite of the indoors.

If the outdoor air around your home or building isn’t healthy, your indoor air will be affected. If your HVAC outdoor intake is pulling in air near a cooling tower, generator, plumbing vents, garbage etc.…that air is going to be filled with contaminants which is now freely flowing through your house. Even a loading dock upwind can contaminate the air your outdoor intake pulls from.

ASHRAE (American Society of Heating, Refrigerating and Air-Conditioning Engineers) has a standard to use when putting in HVAC systems. The standard recommends 25 feet between the intake and a cooling tower and a minimum of 15 feet to the nearest dumpster.

So, make sure the outdoor air is clean to help you control the indoor air. 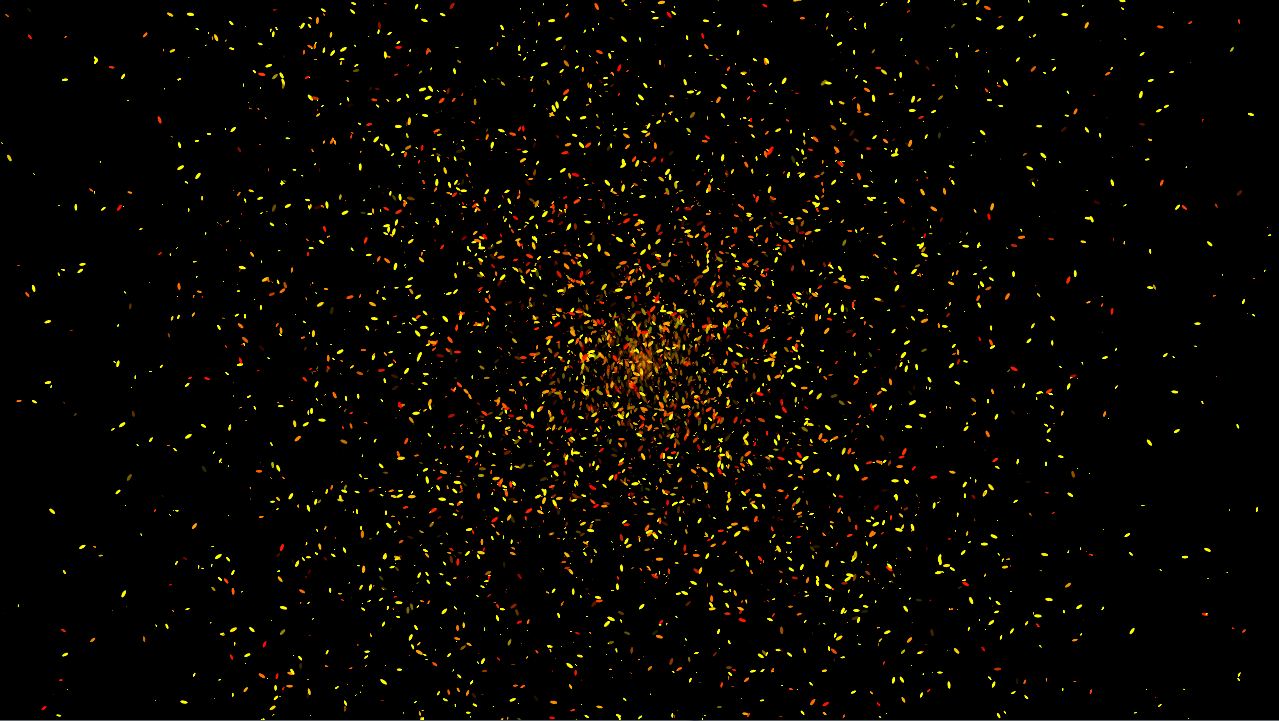 PARTICLES: Just Because They Are Nearly Invisible, Doesn’t Mean They Don’t Matter

Air is seemingly empty to us because the human eye cannot see many of the particles floating around. Particles can be human skin scales, bacteria, viruses, soot, rust, pet dander, pollen grains, mold spores, car-tire particles and more. Particles can be smaller than .01 micron in size. A micron is one-millionth of a meter, and the human eye cannot see anything under 40 microns.

To put this in perspective, the diameter of a single human hair is about 100 microns.

So, what does this have to do with healthy indoor environment?

Particles travel on airflows created by HVAC systems and ventilation and, the smaller the particle, the longer it remains airborne. Some are even permanently airborne. The longer it remains airborne, the more time available it can be inhaled deeply into the lungs. Bacteria and viruses carry diseases. Some cause asthma and allergy symptoms. These particles that we can’t see need to be filtered out as much as possible.

Products such as HEPA filters remove 99.97% of particles. Air purifiers can be beneficial but can also be detrimental. An air purifier that ionizes air or creates hydroxyl ions creates an irritating gas to provide that fresh air smell.

The best way to removes these particles is to remove the source altogether. For example, if mold spores are coming off an old rug, get rid of the rug. 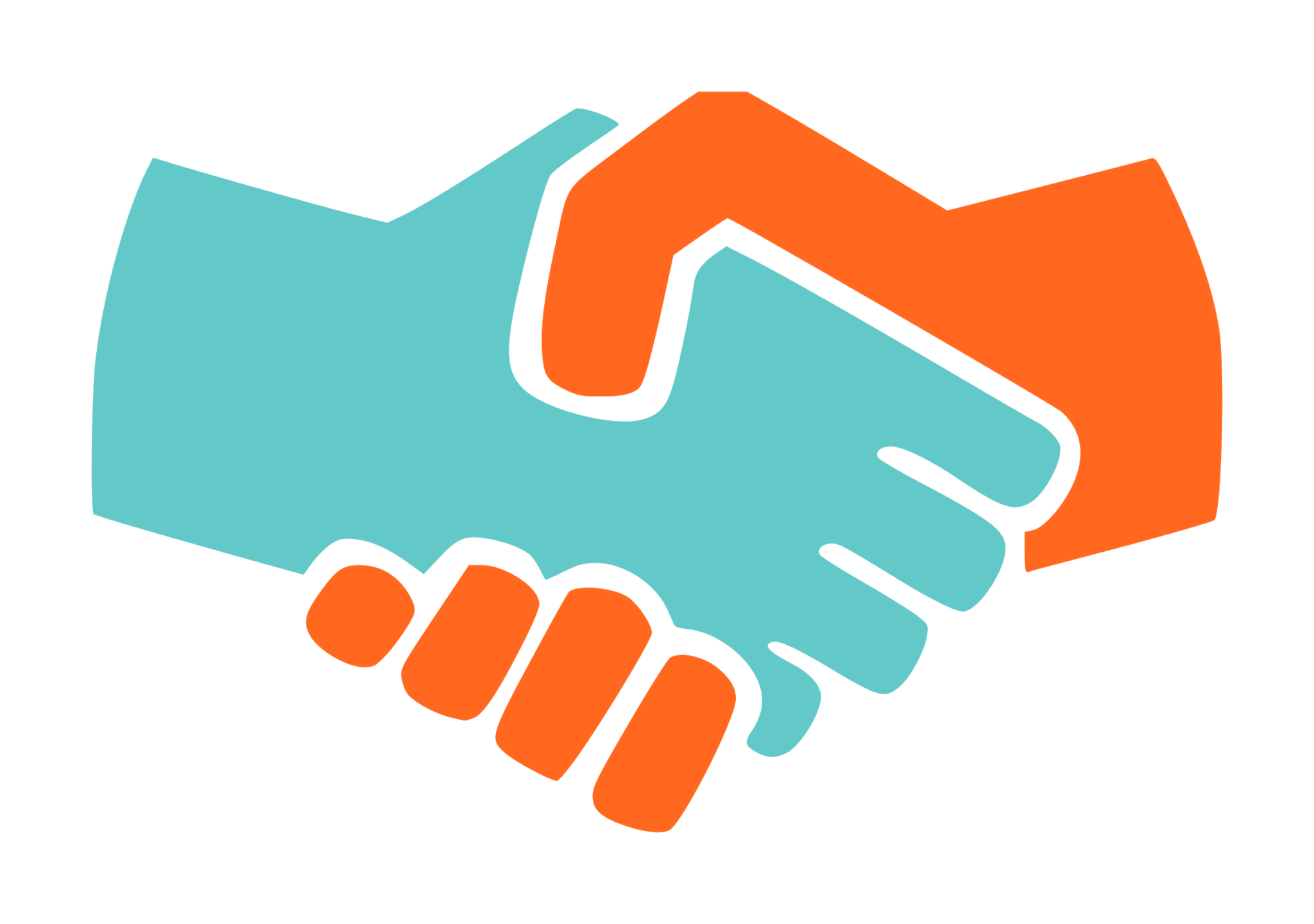 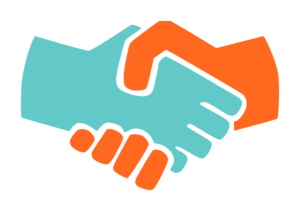 Baxter Group, Inc. owner and CEO, Jocelyne Melton, and Building Performance Analyst, Patrick Aaron of Total Comfort, Inc. have begun a partnership to improve the indoor air quality in our community. Clients now receive the added benefit of an expanded knowledge base to help identify problems and create solutions for their indoor environmental needs. The client has the option for a free consultation with both Jocelyne Melton and Patrick Aaron to determine the best resolution, including:

These products and services can be utilized for both residential homes and commercial buildings.

Baxter Group, Inc. and Total Comfort have worked on several projects together, realizing they share the same values and passion about the environment in which we live and breathe. Patrick Aaron stated, “Teaming with Baxter Group provides us with the opportunity to better serve our customers. By taking a more holistic approach to a home’s indoor air quality and HVAC systems, we aim to create a much healthier and comfortable living space.”