By Jocelyne Melton | Lead Paint | No Comments
Lead-based paint is not to be taken lightly whether you’re a renovation contractor, landlord or property manager. Violations can be incredibly costly. END_OF_DOCUMENT_TOKEN_TO_BE_REPLACED
0

A Guide for Childcare Providers

Resources in case of Lead Poisoning 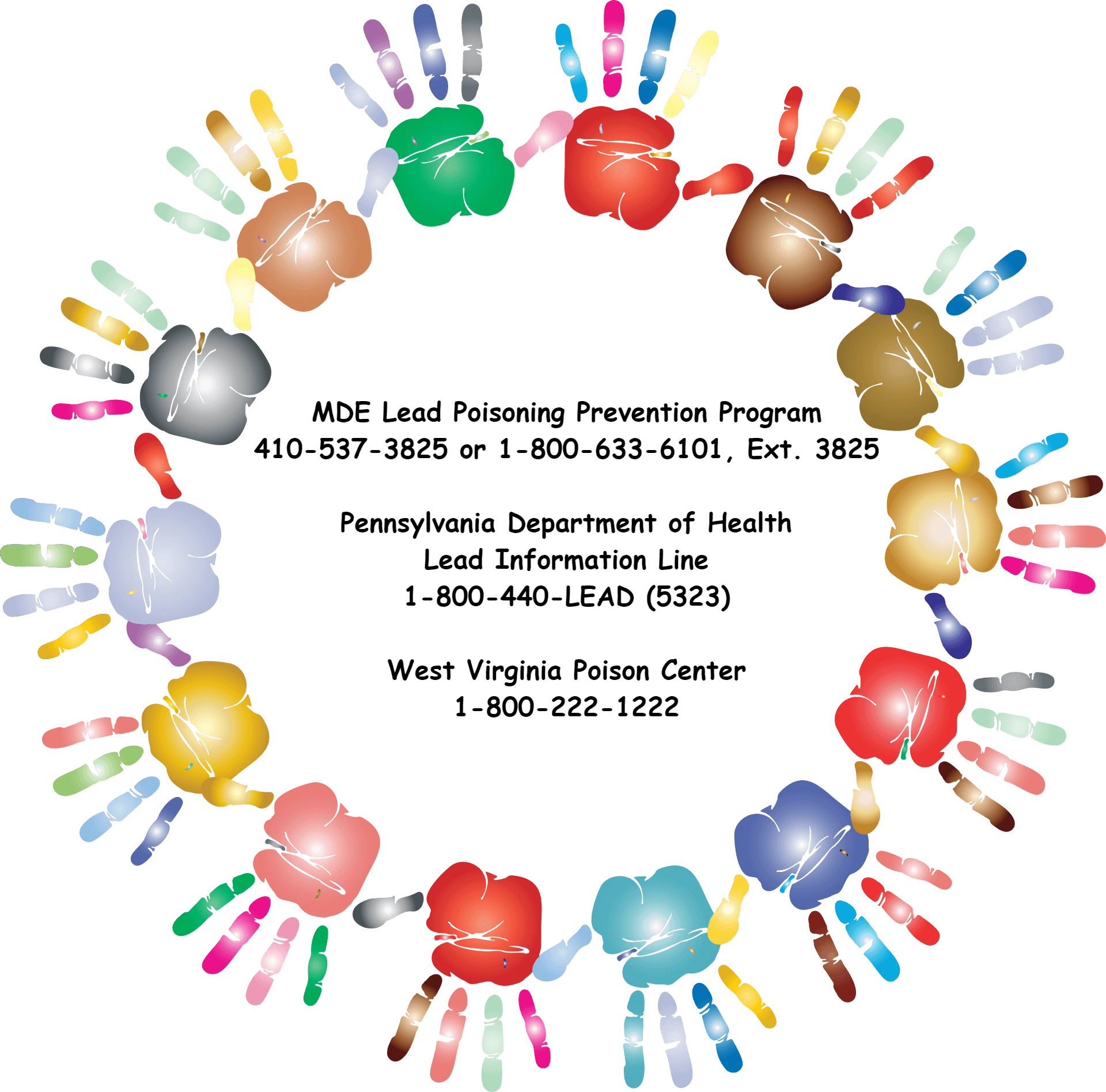 The Superfund Redevelopment Initiative works with communities to provide site-specific support to help them reclaim thousands of acres of formerly contaminated land. This allows vacant land to be cleaned up and reused for other purposes such as parks, business districts, renewable energy facilities, neighborhoods, wildlife habitats, and farms. In turn, it provides job opportunities, strengthening the community’s economy. The local Superfund site is Hagerstown’s Central Chemical Superfund Redevelopment Initiative Pilot Project.

However, lead has become a common environmental contaminant at Superfund sites across the country because it is a naturally occurring element. The Environmental Protection Agency (EPA) conducts site-by-site lead risk assessments to determine potential health risks for workers and the surrounding community. Superfund’s risk managers use the risk assessment information to select the best cleanup strategies. 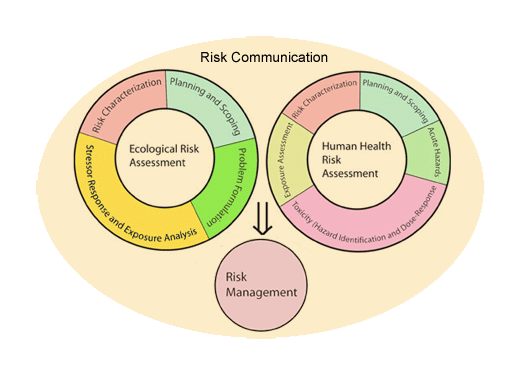 Find out about local Superfund sites near you. Click Here.

Young children are particularly at risk to lead because a dose of lead that would have little effect on an adult can have a significant effect on a child. In children, low levels of exposure have been linked to damage to the nervous system, learning disabilities, and impaired formation and function of blood cells.

Lead can accumulate in our bodies over time, where it is stored in bones along with calcium. During pregnancy, lead is mistaken as calcium and released from bones. Lead can also cross the placental barrier exposing the fetus to lead. This can result in serious effects such as:

A Few Ways to Reduce Lead in Drinking Water at Home

Note that boiling water will NOT get rid of lead contamination.

A question on your mind after reading through this may be: Can I shower in lead-contaminated water??

Yes, you can. Bathing should be safe for you and your children, even if the water contains lead over EPA’s action level because human skin does not absorb the lead in water.

The tri-state area is home to historical sites left and right. But that means there were some very old construction techniques. Structures built before 1986 are more likely to contain lead pipes, fixtures and solder.

The Safe Drinking Water Act (SDWA) is a federal, legally enforceable law that sets national standards for tap water. States and water suppliers must test their water sources to see where they could be vulnerable to contamination.

While the SDWA applies every public water system in the United States, the Environmental Protection Agency (EPA) estimates that approximately 98,000 public schools and 500,000 child care facilities are not regulated under the SDWA.

These unregulated schools and child care facilities may or may not be conducting drinking water quality testing because it is voluntary. Only schools regulated by the SDWA are required to test and therefore comply with the SDWA.

Lead Decision Tree– To help you decide if you need to test the drinking water in your school or childcare facility, take this short assessment by the EPA. 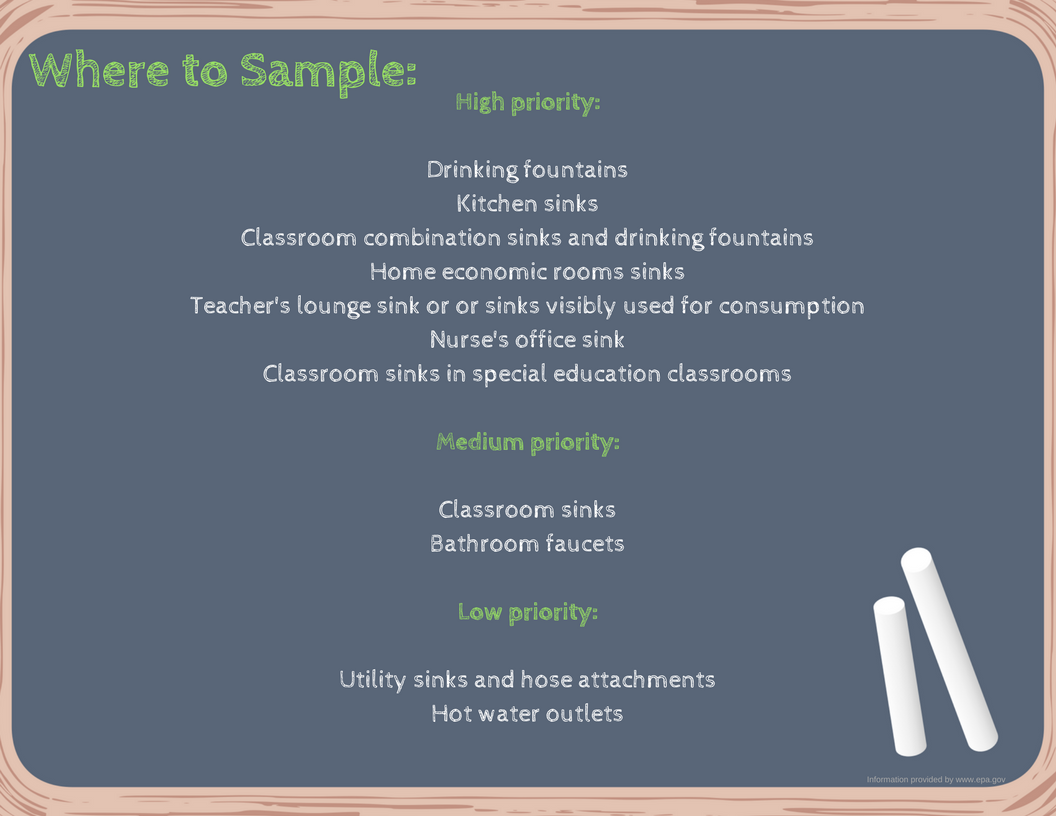 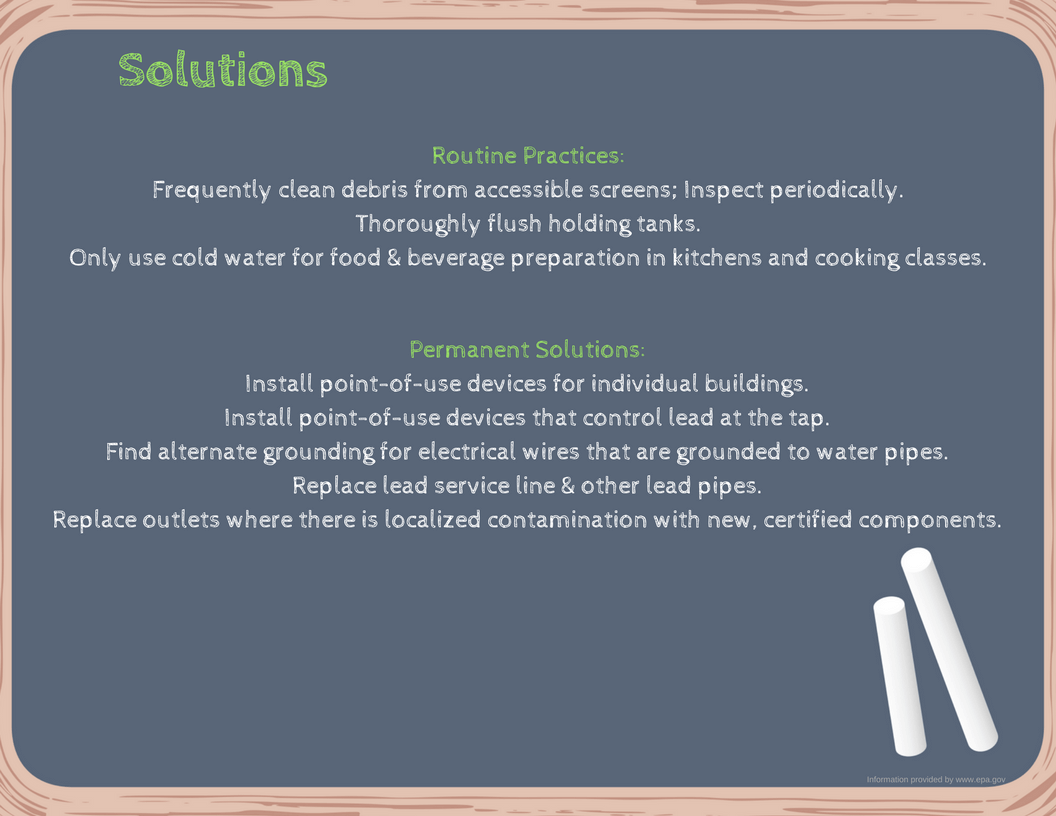 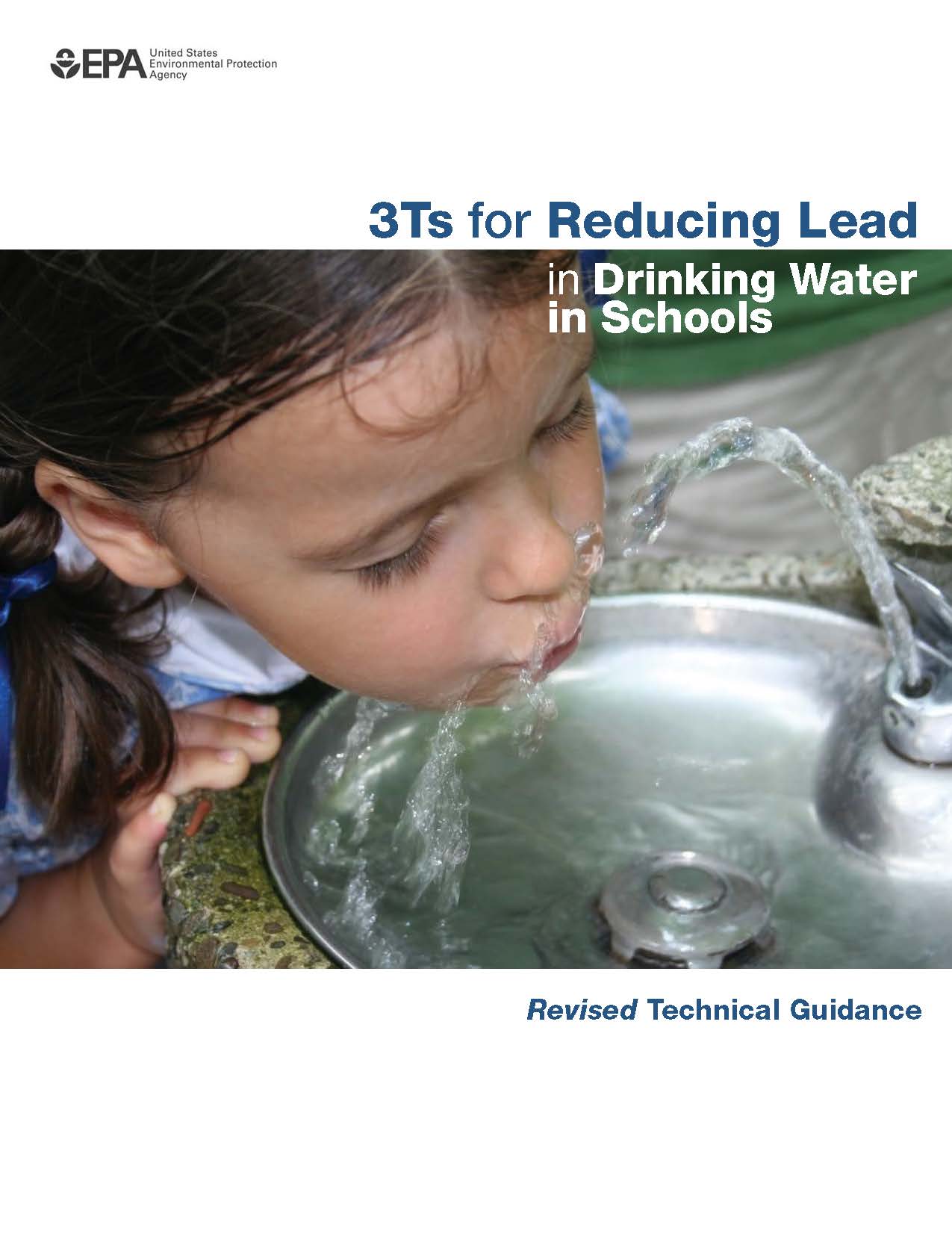 EPA’s 3Ts for Reducing Lead in Drinking Water in Schools was developed for school officials to assist them with lead in drinking water prevention programs.

Should you test YOUR drinking water?

Lead isn’t only dangerous to humans…

A sick American Bald Eagle was found in a field in North Carolina. The ground was wet and muddy and it was obvious the bird was not doing well.

It was discovered that the raptor had lead poisoning. Lou Browning, the wildlife rehabilitation specialist who received the bird, suspected the lead poisoning came from eating prey or animal remains tainted with lead. The bird was treated using chelation therapy- a chemical process in which a synthetic solution is injected into the bloodstream to remove heavy metals and/or minerals from the body.

According to Browning, there are three ways birds of prey accidentally ingest lead.

While it’s been illegal in the United States for hunters to shoot waterfowl using lead shots since 1991, lead remains at the bottom of ponds for years. Waterfowl will unknowingly eat the lead pellets while feeding. The eagle then eats the waterfowl and the lead is absorbed into the eagle.

When a bullet strikes an animal, it fragments and small lead pieces are scattered around the area. If the carcass is left behind, an eagle runs the risk of ingesting the lead within the carcass and the surrounding lead.

A Hunting Tip: To help prevent this ingestion, bury the animal remains.

A fish can swallow lead items such as a fisherman’s sinker.

Thanks to Browning and the other specialists, the bird is now doing much better, and its blood-lead levels have decreased.

For buildings built before 1978, the information includes:

Here is a Sample Lessor’s Disclosure of Information in English by the EPA.

If your building needs renovations and contains Lead, federal law requires that:

These work practices include:

Not following this law could mean tens of thousands of dollars in fines or a lawsuit.

Check the Condition of Your Childcare Facilities

Although a home may be free of lead-based paint hazards, a child could still be exposed elsewhere.