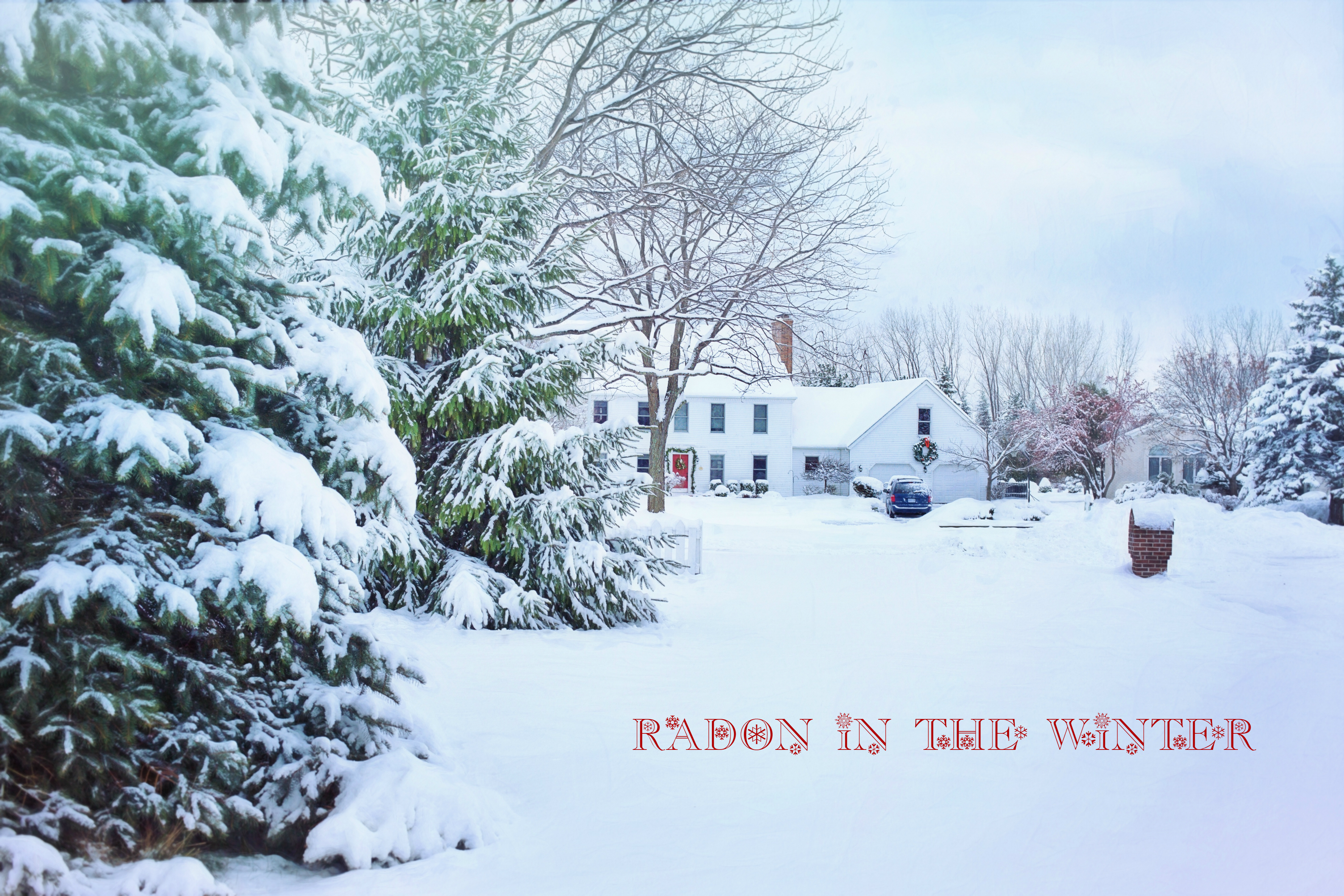 Radon Can Be Dangerous During the Winter

By Jocelyne MeltonJanuary 22, 2018 No Comments

Just like water – radon chooses the path of least resistance.

If the easiest way out of the ground is through your house, that’s the path it’s going to take.

Radon, a gas that comes from the natural breakdown of uranium, escapes the ground by seeping up through the soil and out into the fresh air. Radon enters a home the same way. During the cold weather, with all the windows shut to keep the warmth in, it could also be trapping the radon inside, thus, creating a greater concentration of radon inside the home. We are also exposed to the gas for a greater amount of time as we don’t go outside as often as we would during the spring, summer, and fall.

During those warmer seasons, radon can easily escape through the ground. However, during the winter, the ground can freeze, and get covered by snow. The snow forms an insulating blanket and creates a blanket effect that traps the radon in the soil. With less radon exiting through the soil around the house, more may be pulled inside.

Bringing us to another reason why radon could be dangerous in the winter: Stack Effect.

Stack effect is typically stronger as warm air within a house rises and escapes to the colder air outside. When air escapes a house, the air must be replaced to equalize pressure. Those windows and drafty doors actually help equalize pressure. However, air infiltrates houses through cracks in concrete, pipes, and other areas in contact with soil. The air entering through these openings can contain radon gas. Unfortunately, opening windows can increase the stack effect and actually pull more radon in.

The only way to know if there is radon entering and being trapped in a home or building is to test for it.

THERE IS NO SAFE LEVEL OF RADON.

Odor Control
Get a FREE estimate! Contact Us Now